Have you even wondered how much currency is in circulation in the United States? With millions of bills and coins trading hands each day, and much more lost and destroyed, another question to ask is how much the currency is worth. The following looks at the several interesting facts surrounding the U.S. Mint’s production of currency according to the Federal Reserve. 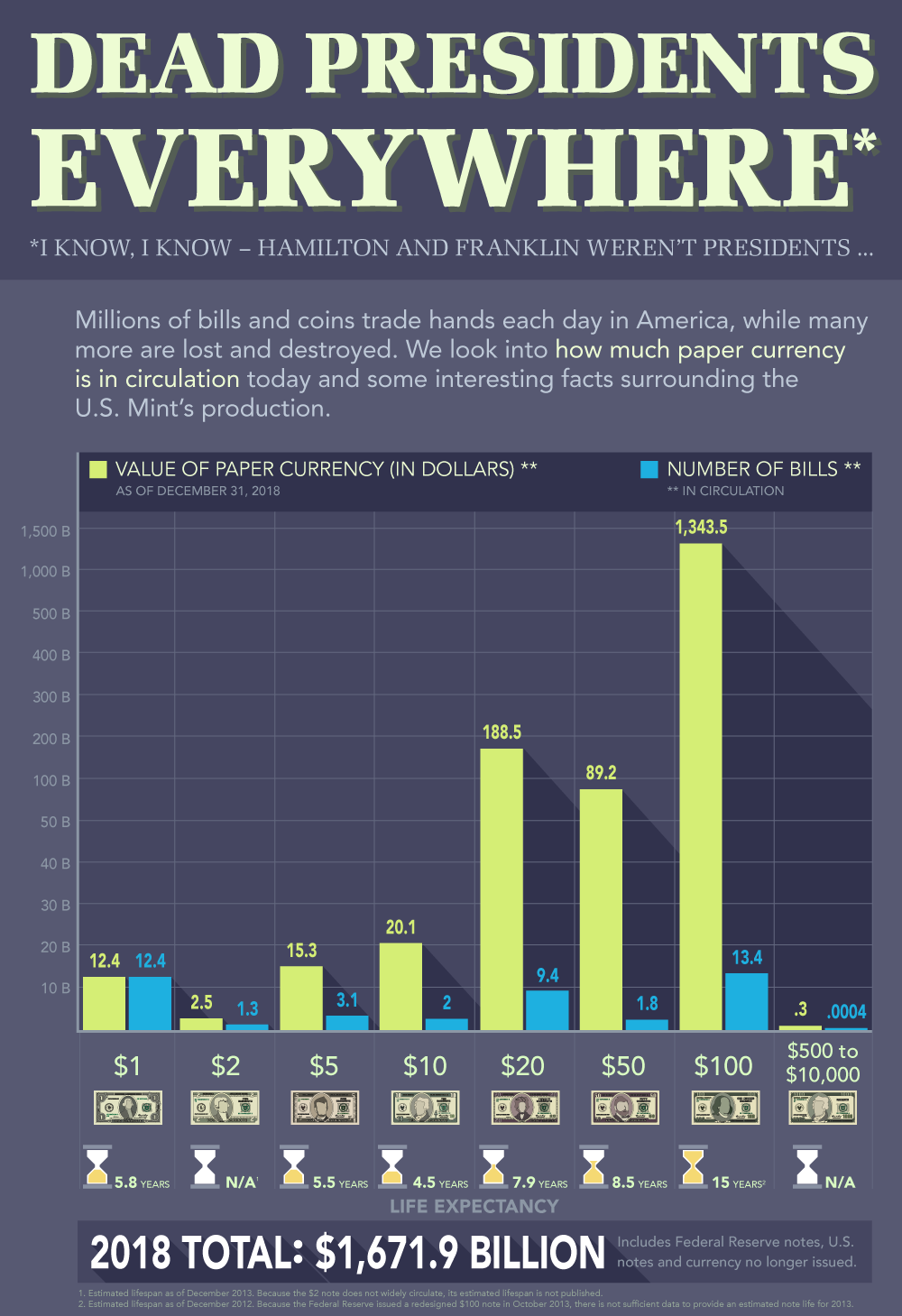 The Value of Paper Currency in Circulation

The Composition of Currency

Although many people refer to the U.S currency as paper, this paper is actually made of 25 percent linen and 75 percent cotton – meaning that no actual paper is used. The “copper” penny is composed of 2.5 percent copper and 97.5 percent zinc, although older pennies are mostly copper, making them worth more than 1 cent each. The nickel does have 25 percent nickel, but the remaining 75 percent is copper. From bills to coins, the U.S. Mint makes them all. In fact, the number of coins in circulation year-to-date 2019 is 3.82 billion. That breaks down to about 2.2 billion pennies, 379 million nickels, 737 million dimes, 504 million quarters, 3.4 million 50-cent coins and 2.9 million $1 coins. The number of $1 coins has taken a sharp decline over the past decade in favor of a boom in the circulation of smaller coins like pennies, nickles, and dimes.

U.S. bills, of course, are printed in a variety of ways to make them counterfeit-proof. With printing facilities in Fort Worth, Texas, and Washington, D.C., over 18 tons of ink are used every day to make this happen. Money is a crucial part of the fabric of America. Whether it's paper or a linen cotton blend, there’s no escaping the critical importance of the American dollar.