Options when it comes to restaurants, shopping, and entertainment are also at their best in larger cities, as there is simply more to do in urban areas, regardless of your interests.

Moving to a big city does come at some cost though.

People living in metro areas often complain about some of the following drawbacks:

However, for most people, it's a worthwhile tradeoff and an overall better quality of life.

Whether you're relocating to a new city in your current state or heading across the country here are must-know tips and advice to make your move go smoothly.

Make your move a less stressful one—before, during, and after

Now you know what kind of impact you can expect on your finances when you move to a big city.

In order to assess how that will impact your own finances, you just need to go ahead and do the following:

If you are lucky enough to have the freedom to choose your new city, instead of having it dictated by your employer, you have a ton of options available!

Choosing where you will live in the next several years will have a huge impact on how your life plays out.

Make sure to consider all the possibilities carefully.

Many websites are claiming to have a definitive list of the best big cities to live in, but below is my personal top 10 ranking.

Austin has been an up-and-coming city that has made most "best large cities to live in the USA" lists for a while now.

However, it was only last year that it began to crack the #1 spot on many lists.

People move to Texas' capital every day last year for its fantastic music and culture, as well as its bustling business scene.

Austin isn't the only city in the state experiencing a population boom.

According to the US census bureau, 10 of the 15 fastest-growing large cities are in the South, with four of the top five being in Texas.

Medical technology and innovation are a significant part of the city's job market, along with military jobs.

Residents are only an hour away from Denver by car and world-class ski resorts like Aspen are also just a short drive away.

With its high household income and reasonable housing prices, Virginia Beach is one of my favorites.

Residents also enjoy the lowest crime rate of all America's big cities and the lowest percentage of the population living in poverty.

If you can get past the exorbitant cost of living, San Francisco is a great place to take up residence.

The city has over 30 international finance headquarters, meaning plenty of business-related jobs are available.

Thousands of tech companies, college graduates, and startups have flocked to San Francisco within the last decade.

San Francisco is also the center of the LGBT rights movement.

It's also one of the most vegetarian- and vegan-friendly cities in America.

The beautiful weather allows for plenty of outdoor activities which could be why an Francisco is among the happiest and healthiest places to live in the US.

While the cost of living isn't as bad as San Francisco, San Diego is still one of the more expensive cities to live in.

It's well worth the price when you take the city's beautiful beaches and year-round sunshine into account.

The seaside also plays a significant part of San Diego's economy, with over 30 million visitors per year and a major US Navy and Marine Corps presence.

You might have just done a double-take at that median house price after some of the other cities on this list, but it's correct!

Housing in Des Moines is that cheap.

There are plenty of locally owned restaurants and quiet neighborhoods in Des Moines creating just the right blend of small-town charm and big-city perks.

There are 80 insurance companies in the city, including Wellmark Blue Cross Blue Shield and Allied Insurance.

This means there is a thriving job market. 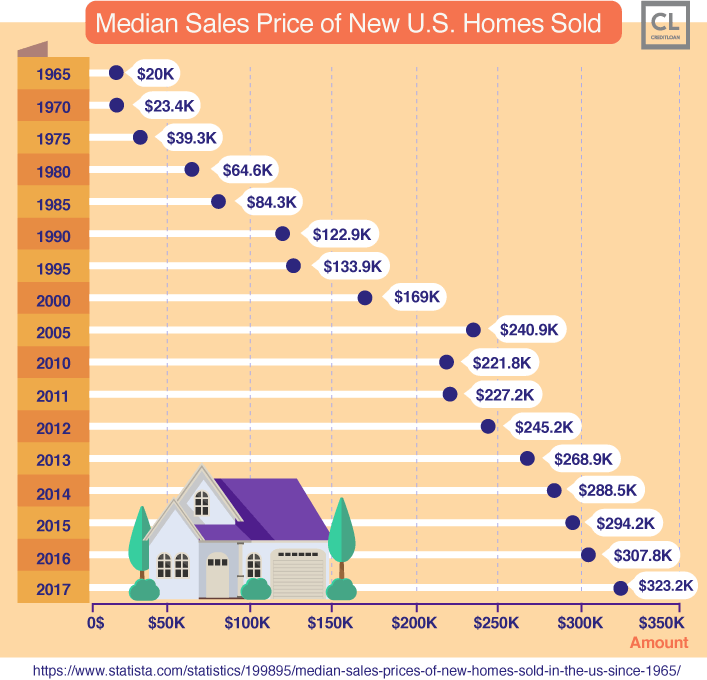 Fayetteville started as a small town but has grown into a university city and center of commerce.

It sits along the beautiful Ozark Mountains.

There are also seven Fortune 500 companies headquartered within the surrounding area.

Some big names include Tyson Foods and Walmart.

It also houses the flagship campus of the University of Arkansas.

This Mid-Atlantic city has mild weather, a strong job market for education and health services, and fewer natural disasters than other cities on this list.

Enjoy the beauty of watching the leaves change in the autumn, as well as beautiful summers.

Its central location makes a day trip to Baltimore, Philadelphia or New York no big deal.

Portland takes pride in calling itself a "weird city," which may really appeal to some people.

The city is known for its microbreweries and coffee shops, as well as thriving music, theatre, and art scenes.

It still has plenty to offer for professionals with major employers such as Intel Corporation and Nike.

Huntsville is another sleepy little town that grew into a major thriving city, gaining notoriety in the 1960s when much of NASA's space program was carried out here.

Residents can take advantage of great shopping and dining experiences here in the fastest-growing city in Alabama, while still having a low cost of living.

Huntsville may be undergoing another revitalization, with plenty of craft breweries and tech companies setting up shop in the city within recent years.

Just make sure you can handle the heat and humidity!

Now All That's Left to Do Is Start Packing!

Are you planning on moving to a new city soon?

What factors played a part in deciding which city to move to?

How do you think the move will change your finances?

Tell us in the comments below!