How are people utilizing the internet?

There's nothing in the average person's daily life that can't be done, or made easier, online.

Traveling around the world?

Fill out a form on any of a dozen travel sites and within a few clicks you've got better choices than a travel agent.

Please. Who goes to the mall anymore?

But how much time are we really spending online?

Who is using what?

Roughly seven in ten Americans use social media for staying in touch with friends and family around the world.

They're using Facebook, Twitter, LinkedIn and other platforms to get news, exchange information and see what's going on in the lives of close friends and total strangers alike.

With billions of users, Facebook is everywhere, literally – except where it's legally prohibited from existing.

How are people spending their time online?

Google is still the dominant search engine, by a long shot, but it doesn't dominate the internet surfer's time as it once did.

Generally speaking, people spend about 7.6 hours online, of which about 1% of the time is spent browsing.

How is internet usage changing?

According to Pew, when it started tracking internet usage in 2000, around half of Americans used the internet at home. In 2018, it was up to about two-thirds.

People are also now more reliant on mobile phones with 20% saying they only use their smartphones to access the internet.

The increase, especially since 2016, can be seen no matter how you look at the data. However, lower income groups and minorities are more likely to be smartphone dependent. 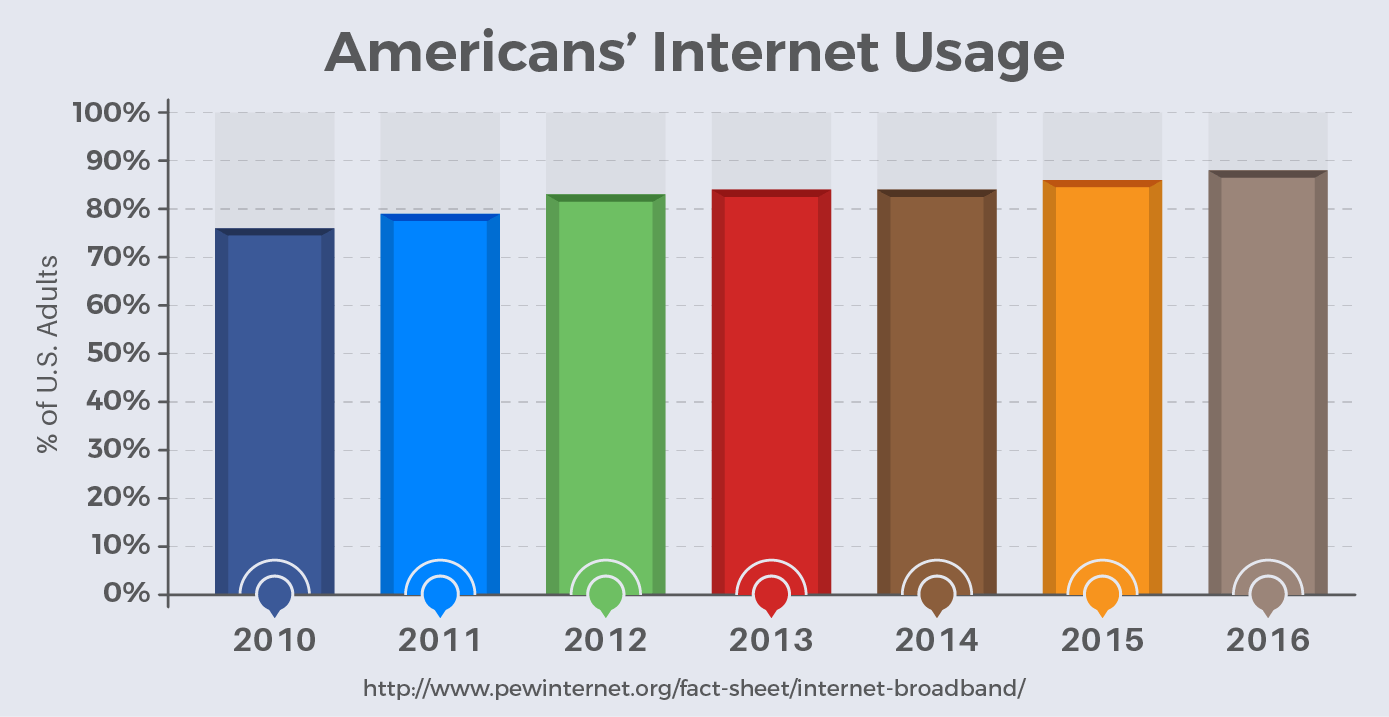 What sites are people visiting?

Taking a look at online practices by age, shopping is a common activity by both young adults (18-29) and their parents (ages 30-59).

Making reservations for travel is commonly done online by those between the ages of 30-59 (22%), while young adults are more likely to be on a social networking site (74%) than any other age group.

The most popular activity among those over the age of 60 seems to be sending email (91%) and checking weather forecasts (61%).

Where else are people going online? Sites operated by Google, overall, still rank the highest, with 247 million users per day. 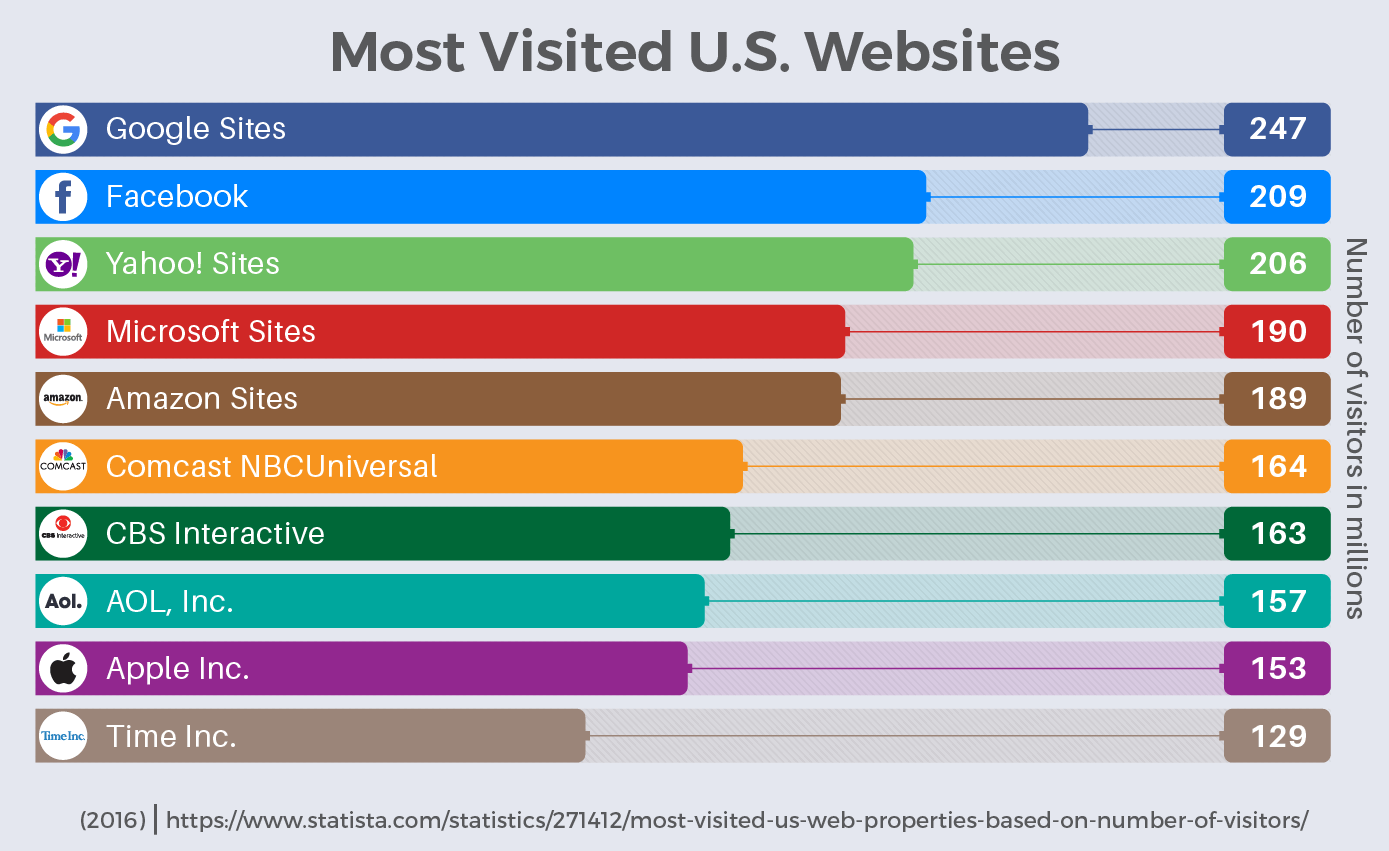 The world online is evolving every day, and it practically controls the typical American's social life and most likely their work life too.

With so many demographics utilizing this tool for different purposes, the possibilities are endless.