Double Irish: A Tax Haven Strategy You Can’t Use

For most average American’s, who earn around $42,000 per year, paying taxes is something that is done every year.

After all, taxes help pay for schools, roads, infrastructure and more.

Corporations throughout the country do the same, by not only abiding by the letter of the law, but the intent.

This is known as corporate responsibility.

However this is not the case with three of the top three U.S. technology companies. 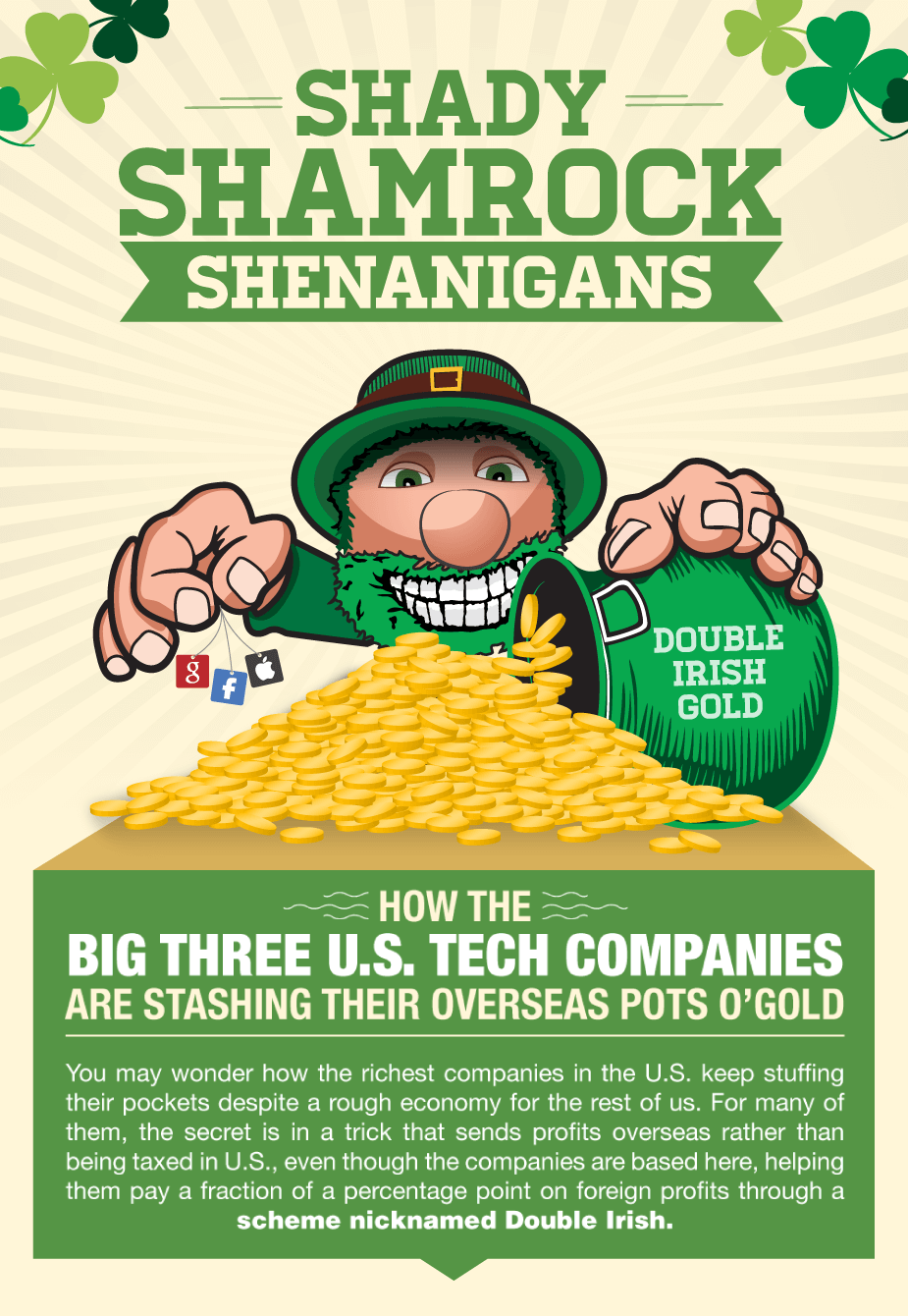 The Double Irish strategy, nicknamed because of the loose corporate tax laws in Ireland, is used by large companies based in the United States but operating all over the world.

A loophole in the U.S. tax code allows them to avoid income a tax if that income (profit) was earned by a subsidiary overseas, even though the U.S. based company owns the subsidiary.

The U.S. company (company A), licenses its intellectual property to a subsidiary based in Ireland.

This first Irish company (B) is legally based offshore, in a tax haven such as the Bahamas or Cayman Islands for instance.

This company licenses the patent rights to a second Irish company (company C).

These royalties and fees are deductible expenses, so no taxes are paid on them.

The U.S. company doesn’t pay any Federal taxes on the income from the Irish companies because the earnings were not made in the U.S.

The Cost of Double Irish 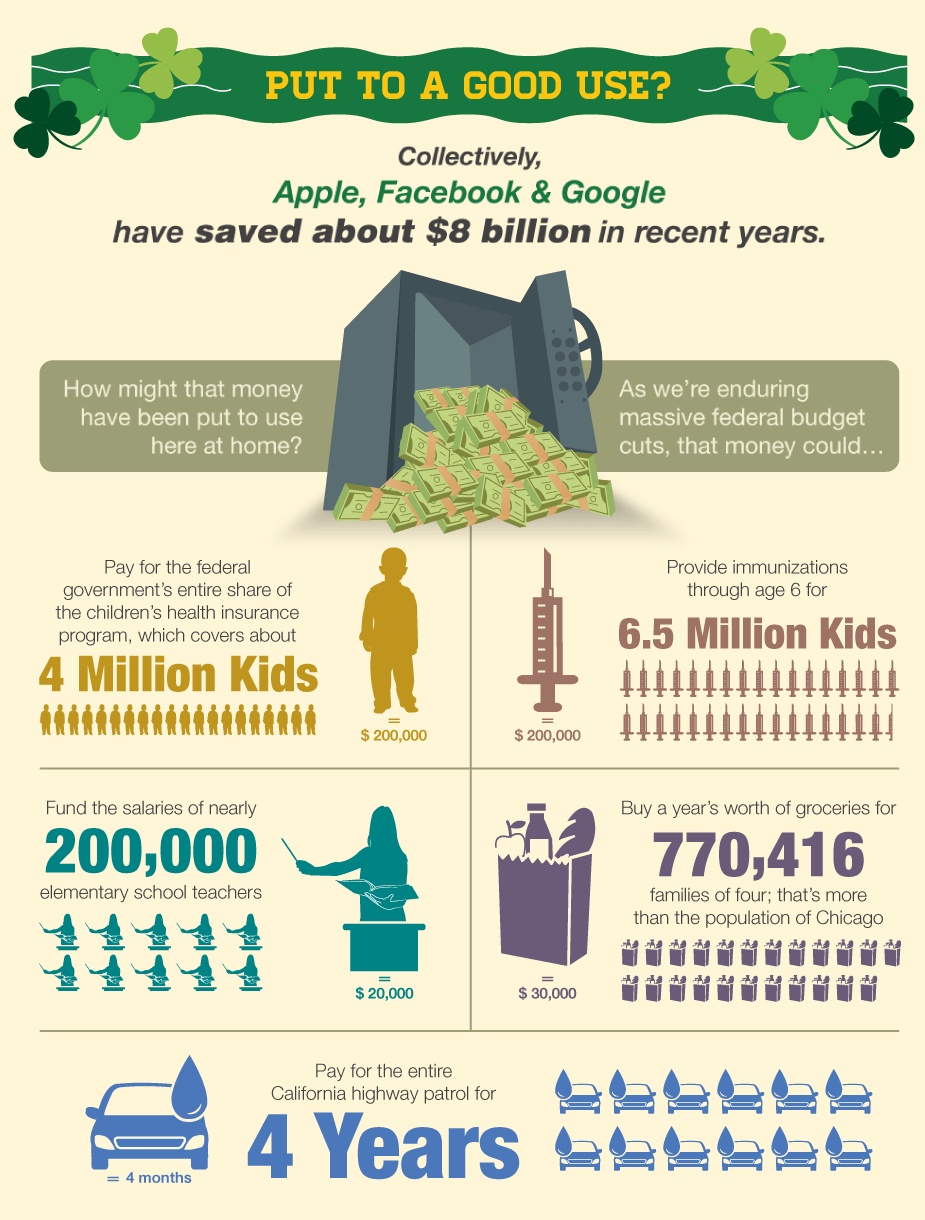 In recent years, three of the top U.S. tech companies have saved over $8 billion dollars in taxes.

What Double Irish Means For Your Family 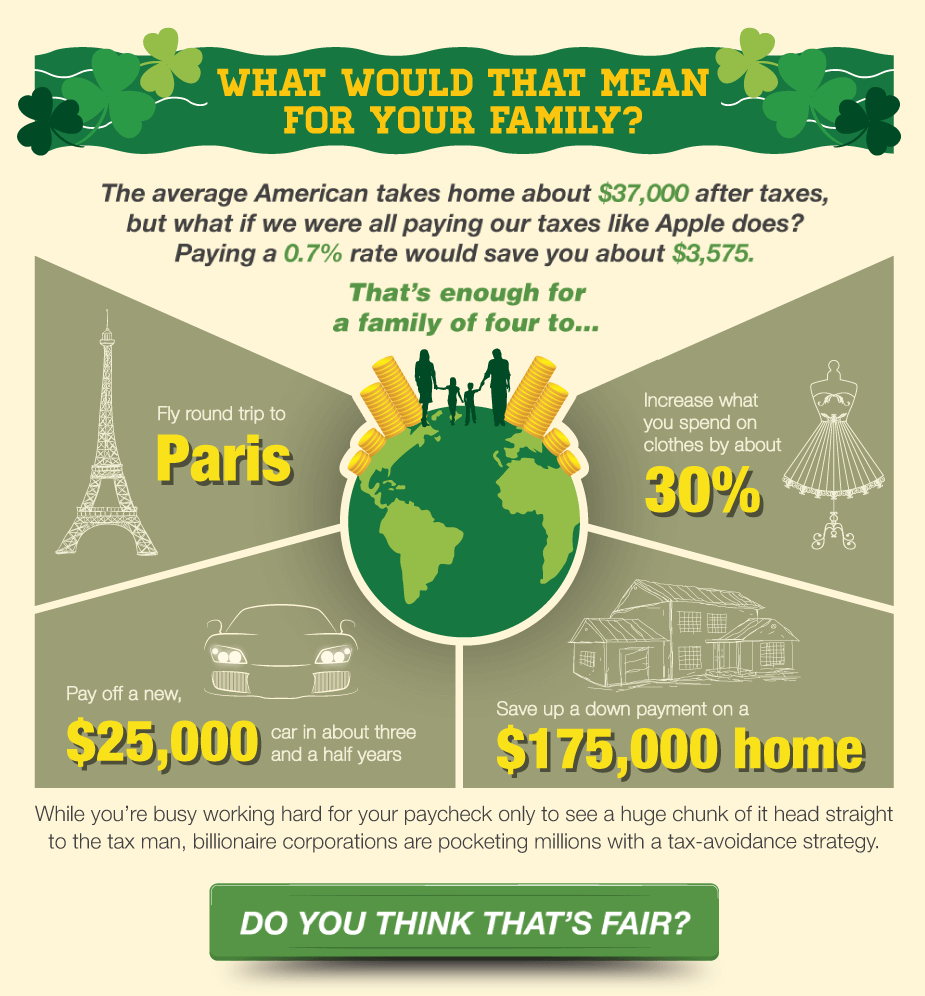 If every American paid an equivalent tax rate of 0.7%, the average family would have an extra $3,575 per year to spend.

Maybe even save for a down payment on a house?

All these options would be available to you.

So why don’t corporations have to pay? 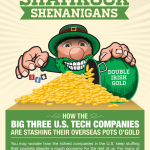