On this day in 1776, the Declaration of Independence was approved by the Continental Congress, setting the 13 colonies on the road to freedom as a sovereign nation. As always, this most American of holidays will be marked by parades, fireworks and backyard barbecues across the country.

How Do You Plan to Celebrate July 4th This Year? 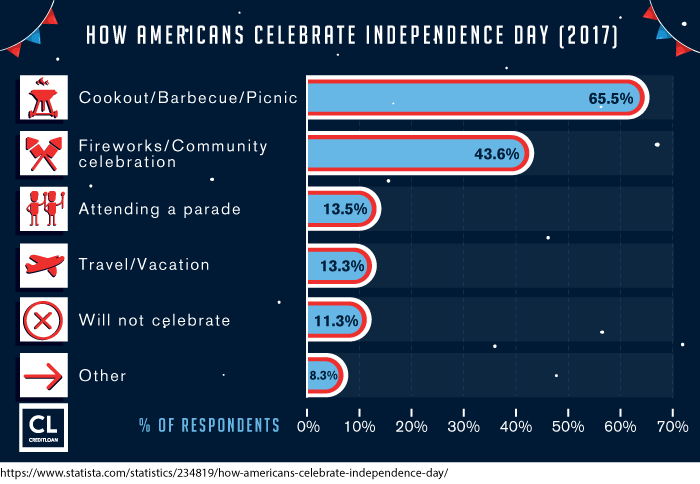 In 2009, the dollar value of U.S. imports of American flags was $3 million. The vast majority of this amount ($2.5 million) was for U.S. flags made in China. The dollar value of U.S. flags exported in 2009 was $320,277. Mexico was the leading customer, purchasing $333,882 worth. The annual dollar value of shipments of fabricated flags, banners and similar emblems by the nation's manufacturers was more than $300 million, according to the latest published economic census data.

Where Your Meats Come From

There is a more than 1 in 4 chance that the hotdogs and pork sausages you consume on the Fourth of July originated in Iowa. The Hawkeye State was home to 18.9 million hogs and pigs on March 1, 2010. This represents more than one-fourth of the nation's total. North Carolina (9.1 million) and Minnesota (7.2 million) were the runners-up.

Six states produced $1 billion or more from broiler chicken production in between December 2007 and November 2008. There is a good chance that Georgia, Arkansas, North Carolina, Alabama, Mississippi or Texas is the source of your barbecue's chicken.

Potato salad and potato chips are popular food items at Fourth of July barbecues. Half of the nation's spuds were produced in Idaho or Washington state in 2009. 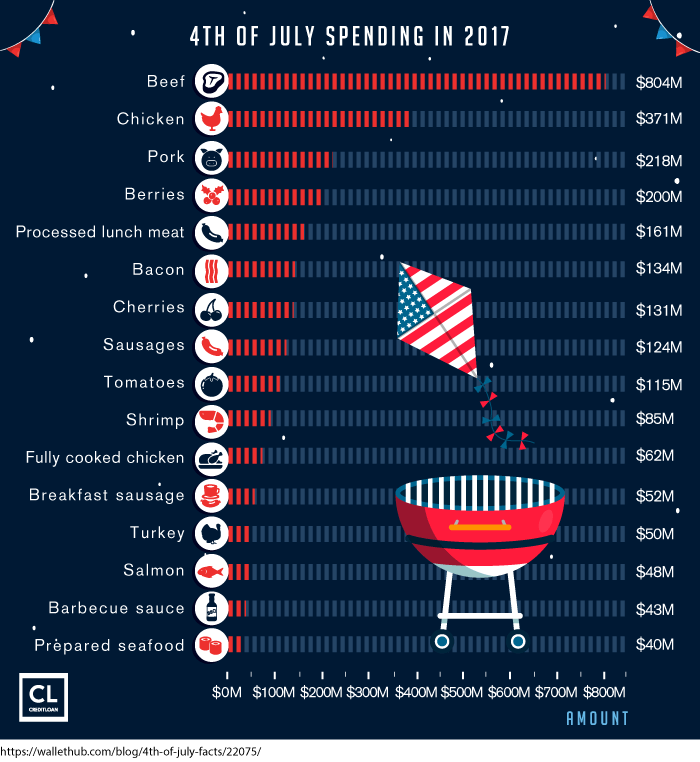 More than Three-fourths of the nation's head lettuce production in 2009 came from California. This lettuce may end up in your salad or on your burger.

Another popular Fourth of July side dish is corn on the cob. Florida, California, Georgia, Washington and New York together accounted for 66 percent of the fresh market sweet corn produced nationally in 2009.

The odds that your side dish of baked beans originated from North Dakota are about one in three. The state produced 34 percent of the nation's dry, edible beans in 2009.

Florida led the nation in watermelon production last year with 818 million pounds. Other leading producers of this popular fruit included California, Georgia and Texas with more than 500 million pounds.